As a result of the Pay Bill Gavin Holz moving down under, early in 2022, the new Pay Bill Chris Hallendorff was inducted at Savannah Shellholes January meeting. We wish both of them well. Savannah Dispatches No 11 – Lock down edition

It is with regret that Moth Savannah Shellhole advises the passing to higher service of Moth Bruce Green. He passed away as a result of gun shot wounds sustained in an armed robbery in his Cottage.

Bruce was the Adj of Savannah and a very committed Moth. One of his passions was arranging raids (visits) to other units in the area, for which Moth Savannah Shellhole became well known. He was also a proud Gunner.

Our Condolences to his wife Ellen and the family. He will be sorely missed. Some Memories of our great friend 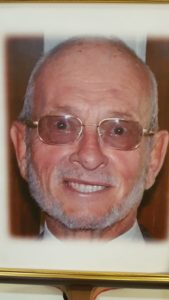 It is with deepest regret that executive of Moth Savannah Shellhole advise that Moth Tony Surtees has answered the Sunset Call. Tony will always be remembered as a very friendly and happy person who cared for others. He was He spent many years on Moth Mutual Aid assisting those who were in need.

Our condolences to his family and friends.

WE WILL REMEMBER YOU.

It is with regret the Moth Savannah Shellhole advise that Moth Craig Anderson has passed away on  the 12th August 2019 after a long illness. He will be missed by his fellow Moths.  Our Condolences to all his family and friends.

We will remember him

Craigs funereal will be held at:

There will be no Moth funeral. 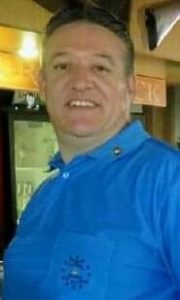 Moth Savannah Shellhole was saddened  to hear Moth Dave Strauss passed away as a result of a suspected heart attack on Saturday 29th December 2018, while on holiday in Cape Town. Moth Dave has been a very loyal supporter of Savannah, long before he joined. He only joined in March 2018 and proved to be a great Moth with a lot of potential. He served in the military as a Ops Medic, of which he was very proud. We are all very shocked that this young man, only 48 years old, has answered the sunset call. Our condolences to the family and friends.

We will remember him.

Some typical photos of our friend Moth Dave

The History of Moth Savannah Shellhole

Craig Verzmoter is installed into Moth Savannah Shellhole. His escorts were Trevor and Alan Verzmoter (his Brother). We wish him a long and enjoyable stay.

Gavin receiving assistance for his move to Australia where he is soon to owe married.

The August AGM was a special meeting for Moth Savannah, with many special guests, Old Bill of the Order, Eddie Penzhorn, Provincial Executive, the District Executive and many of the members good ladies.

The Shellhole then went into harmony, starting with toasts and the Seargant Majors Parade – Fines. Not even the Old Bill of the Order Escaped being our special guest.

The Executive of the Shellhole rewards members who have gone the extra mile.

Then we are raided by Reveille Shellhole – claim their goods back

Mark Louw who came as a visitor from Shellburst being put on charge. What a good sport. Watch the Video to see the fine.