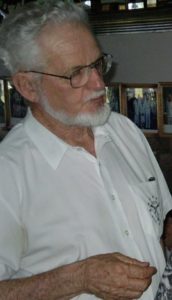 Pip-Ack Shellhole regrets to announce that :  has been called to Higher Service on 25 June 2020 at the ripe old age of 92.

The Shellhole extends its condolences to Charlie’s family and friends. At the going down of the sun and in the morning, we will remember him!