Fellow members, it is with great sadness that Tommy Rendle V.C Shellhole has to announce that 19627 Moth Lionel Ashbury answered the Sunset Call last night and has flown away to higher service.

Lionel joined the Order in April 2009 and served as Adjudant for a couple of years. Lionel was a very proud member of  35 Squadron based at Ysterplaat Air Force Base. He served this Squadron with  distinction until his retirement recently.

Lionel was also a surviving member of the crew of Pelican 16,the ill- fated Avro Shackleton No 1716 that crashed – landed in the Mauritanian desert in the Western Sahara  on the night of July 13th 1994.

He was also  a raconteur of note and his regaling of his “adventures” in the SAAF as well as civilian life were a delight. Lionel was a very accomplished vocalist whose voice will be sorely missed at our monthly meetings and will fondly remember the impromptu duets that he and  Hulett”Jood”Meyer(another SAAF stalwart) sang in the Shellhole. Lionel was at one stage a member of the well known Welsh Choir.

Lionel was , as a result of his deep voice, was in demand as  an MC , a role that he fulfilled with gusto. 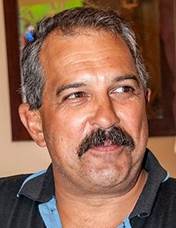