It is with profound sadness that Battledress Shellhole announces the Passing to Higher Service of Battledress stalwart, Moth 19312 Richard “Smudge” Smith earlier this morning. 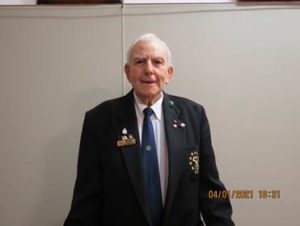 Smudge served in both the Royal Navy and the South African Navy. He joined the Moth at Battledress Shellhole in 2000 where he served as Pay Bill and the Welfare Officer with distinction for a number of years. Smudge was the recipient of the Certificate of Excellence in 2015.

He was also a member of HMS Ganges Association and the Royal Navy Association.

Smudge was a true Moth and many of Battledress’ members will recall having experienced his wrath when not adhering to the Moth Ideals. We will remember him.

Condolences go out to wife Pat and the Family.

MAY HE REST IN PEACE.