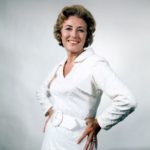 A Sad day for Moths as Vera Lynn passes away. She was well known to Moths who served in World War 2

Dame Vera Lynn, whose song We’ll Meet Again became an anthem of hope and resilience during the second world war, has died aged 103.

Her family said they were “deeply saddened to announce the passing of one of Britain’s best-loved entertainers,” and that they were with her when she died at her East Sussex home.

We Will Remember her

Vera Lynn – Song known to all